The Vytautas Landsbergis Cup 2019 Chess Tournament took place at the Lithuanian parliament on Saturday, June 8.
The tournament was organized and sponsored by the Chancellery of the Lithuanian parliament and the Rositsan and Maccabi Elite Chess and Checkers Club. Head referee of the tournament was Raimondas Paliulionis. Participants of the tournament were Vytautas Landsbergis, Russian (Soviet) world champion Gary Kasparov, the best Lithuanian chess players and a host of diplomats, MPs and heads of government institutions, with at least 48 participants in total.
The event was partial financed by the Good Will Foundation. 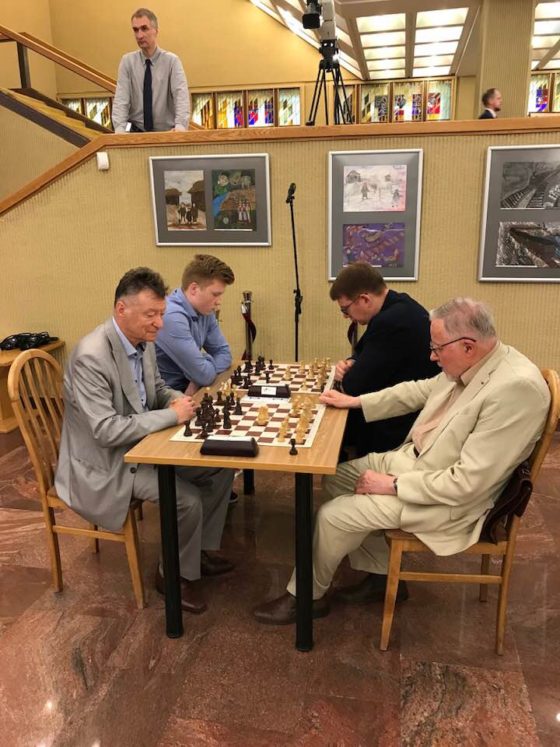