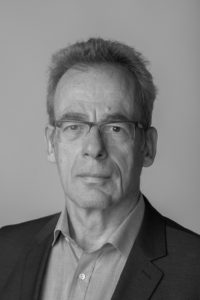 Dr. Christoph Dieckmann is a prominent German historian, a member of the Presidential International Commission for the Evaluation of Nazi and Soviet Crimes, his monumental study „German Occupation Policy in Lithuania 1941-1944“ (Deutsche Besatzungspolitik in Litauen 1941–1944) was awarded the Yad Vashem International Book Prize for Holocaust Research.

His new book “How did it happen? Christoph Dieckmann answers to Rūta Vanagaitė” was born out of conversations on Holocaust in Lithuania between dr. Christoph Dieckmann and Lithuanian writer Rūta Vanagaitė, that took almost two years. The book is based on phenomenal knowledge of dr. Ch. Dieckmann, accumulated through research in 30 archives in seven countries, this book is intended for the general Lithuanian public. It’s a dialogue between two people through which the events and crimes, the course of the events, participants, German and Lithuanian cooperation in committing these crimes during the years of German occupation are discussed in a language understood by everyone. Dr. Christoph Dieckmann tells not only about the Holocaust, but also about the almost unexplored fates of groups of prisoners of war, evacuees, and other victims, linking them together and providing a comprehensive context for the events of that time.

The publishing of the book “How did it happen? Christoph Dieckmann answers to Rūta Vanagaitė” was partially financed by the Good Will Foundation.

Presentation of the book will take place on June 25, 2020 at 11 am in Lithuanian Jewish (Litvak) Community, Jasha Heifetz hall. The participants of the presentation include dr. Christoph Dieckmann, Rūta Vanagaitė, prof. Irena Veisaitė, poet and essayist Tomas Venclova. Moderator of the event – Faina Kukliansky, President of Lithuanian Jewish (Litvak) Community. Event will be held in English and Lithuanian languages with translation. 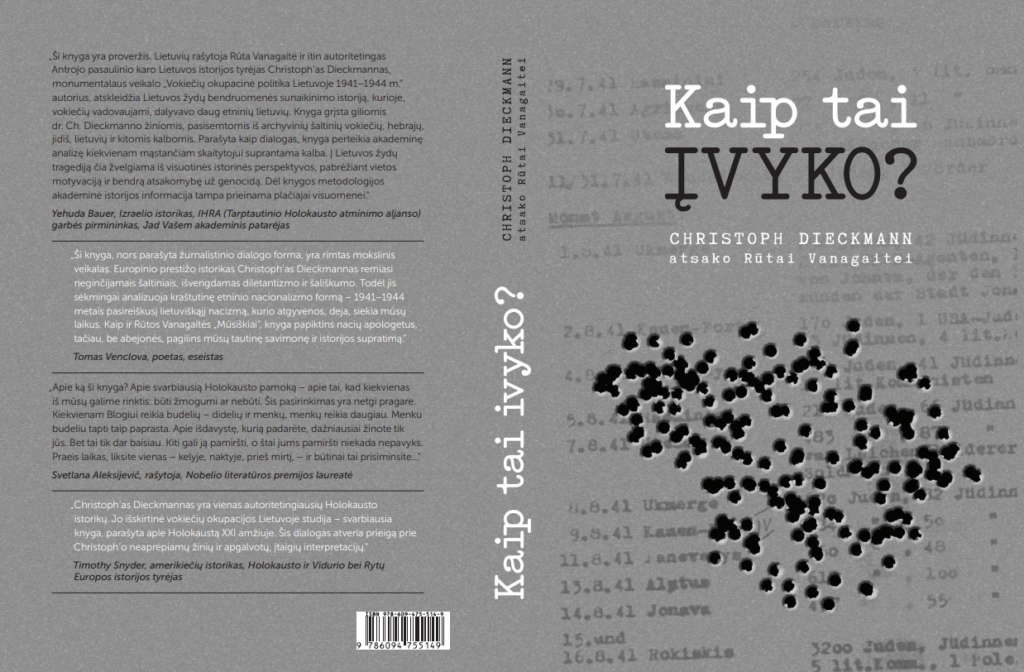 “This book is a breakthrough. The book is in the form of a dialogue which translates academic analysis into language which intelligent readers everywhere can easily absorb.” Prof. Yehuda Bauer, Honorary Chairman of IHRA, Academic adviser, Yad Vashem

“Christoph Dieckmann is one of the foremost historians of the Holocaust. This dialogue opens the door to his vast knowledge and to his measured and persuasive interpretations. ” Prof. Timothy Snyder, Holocaust and Middle and Eastern Europe History Researcher

“This book is about the main lesson of the Holocaust: about the fact that each one of us has a choice – to be human or not to be. Even in the hell we have this choice. ” Svetlana Alexievich, writer, winner of the Nobel prize in literature