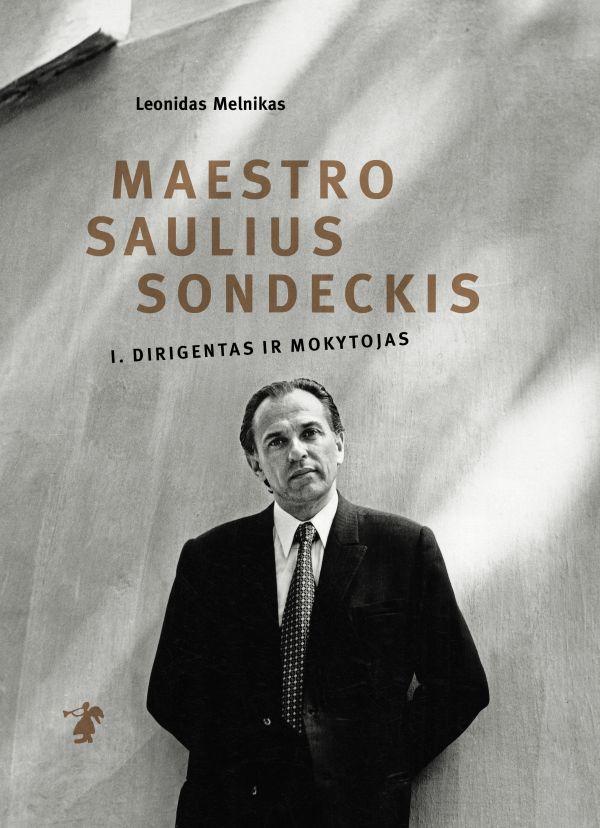 This study is dedicated to one of the greatest Lithuanian musicians of 2nd half of 20th century-early 21st century Saulius Sondeckis (1928-2016) and his creative live path.

Formerly very famous during his lifetime, the Maestro was mentioned less and less over time – well, this is the specifics of the performers’ art – so this study will remind the reading public how much Sondeckis has made, what a huge impact he had to those times. He educated musicians and music listeners, opened new artistic horizons for them, created orchestras and new traditions of musical life, raised his ensembles to international heights, brought world-famous soloists to Lithuania, collaborated with prominent composers who became classics of 20th century music. With his works he made Lithuania famous in the world, without his name the history of Lithuanian culture is unimaginable: he initiated the first Vilnius Chamber Music Festival (1967) and was one of the organizers; there were New Year’s concerts with Joseph Haydn’s “Farewell Symphony” (since 1966), concerts at the Trakai Castle Hall (since 1967), “Night Serenades” in Palanga near the Tiškevičius Palace (since 1971), initiator and participant of concerts in St. John’s Church in the memory of the victims of January 13 (since 1992). Šiauliai Arts Gymnasium is named after him.

The author of this study prof. Leonidas Melnikas studied at the M. K. Čiurlionis School of Arts, when Saulius Sondeckis taught there, played with the school and other orchestras he led, and later became his colleague and close friend. He communicated intensively with the Maestro in the last years of his life, recorded numerous conversations with him and musicians from various countries who knew him, thoroughly researched the vast archive of the Sondeckis family and everything related to his creative life. This extremely rich material helped the author to create an impressive portrait of Maestro Sondeckis.

The book can be purchased at the Good Will Foundation e-shop: https://gvf.lt/en/e-shop/