On September 9, the Lithuanian National Philharmonic Society presented the project “Litvakų muzikos kelias / MUSIC ROAD OF LITVAKS”. During the event, Faina Kukliansky, Chairwoman of the Lithuanian Jewish (Litvak) Community, presented the routes of Lithuanian Jewish culture, the personalities and creations of Godowski and Lewandowski, while Rūta Prusevičienė, Director of the Philharmonic, added insights about Jewish musical education and long-standing traditions of pedagogy. These traditions have created not only a continuous transfer of music perception and performance skills, but also the foundations of an educated, loyal audience that is especially dear to us all.

Project was partially financed by the Good Will Foundation.

We would also like to inform you that the concert of the world-famous pianist and Professor Mūza Rubackytė in Paris Salle Gaveau will be dedicated to the memory of the Holocaust victims and the anniversary of the liberation of the Vilnius Ghetto on September 23, 1943. 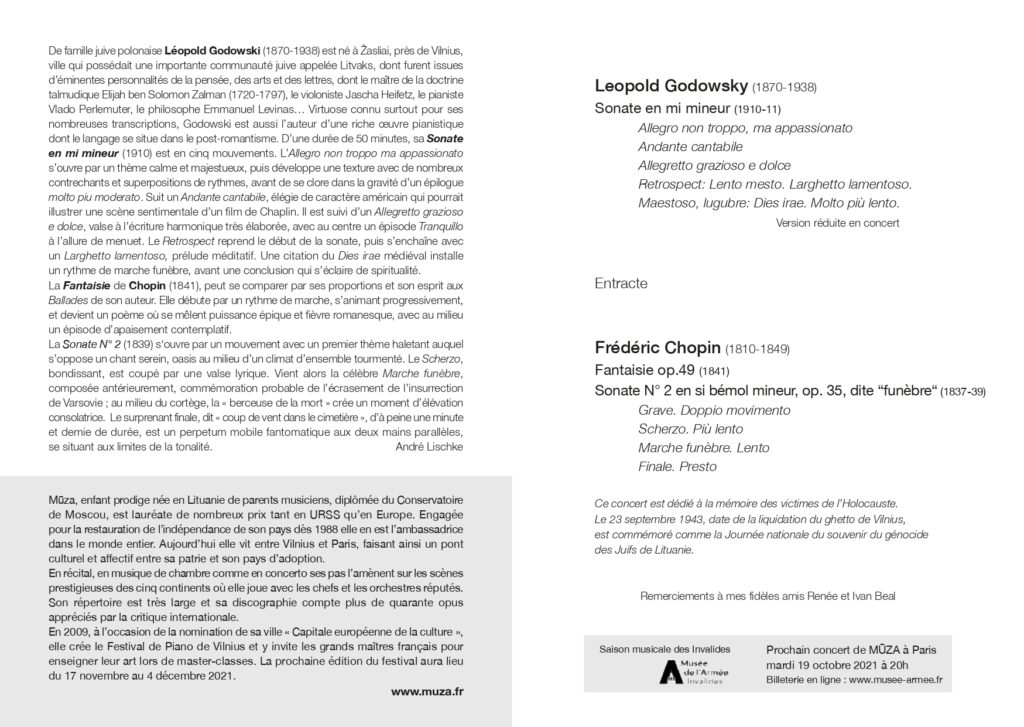