Vilnius Municipality plans to renovate the site of the Great Synagogue of Vilna in the Lithuanian capital’s Old Town by 2026, building a memorial garden square and a Jewish community center.

On Thursday, May 26, the municipality, Lithuanian Jewish Community and the Good Will Foundation signed a Memorandum of Understanding to commemorate the place that is sacred for Lithuanian Jews.

“Many Vilnius residents know why Vilnius was called Jerusalem of the North,” Vilnius Mayor Remigijus Šimašius said in a press release. “Today, faded Hebrew inscriptions on the buildings of the former Vilna Ghetto, memorial plaques and monuments bear witness to the history of Jewish spirituality and science.”

“We agreed on how we will create a new center of attraction for Lithuanians and foreign visitors on the site of the Soviet-destroyed Great Synagogue,” he added.

Archaeological research on the site of the Great Synagogue of Vilna, which was destroyed during World War Two and the Soviet era, started in 2011.

Archaeologists have unearthed, among other things, the bases of two pillars of the Bimah, the raised platform from which the Torah was read, and the sites of two mikvahs (ritual baths), as well as the huge outer back wall and part of the floor of the Great Synagogue.

The exact date when the Great Synagogue of Vilna was built is not known. Historians believe that it was built after King Wladyslaw IV Vasa in 1633 granted a privilege to set up a Jewish quarter in Vilnius. The architect of the synagogue is unknown.

The Great Synagogue was one of the largest Jewish religious institutions in Eastern Europe. It was known as an important Jewish spiritual and educational center that gave Vilnius the name of Jerusalem of the North.

The synagogue was 25 meters long and just over 22 meters wide and 12 meters high. Since it was forbidden for a synagogue to be higher than nearby Christian churches, the structure was dug two meters into the ground.

The size and splendor of this Jewish house of worship is said to have surpassed all the synagogues built in the Polish–Lithuanian Commonwealth. Some historical sources say that it could accommodate up to 5,000 people.

The Great Synagogue and other buildings in the complex were badly damaged during World War Two. 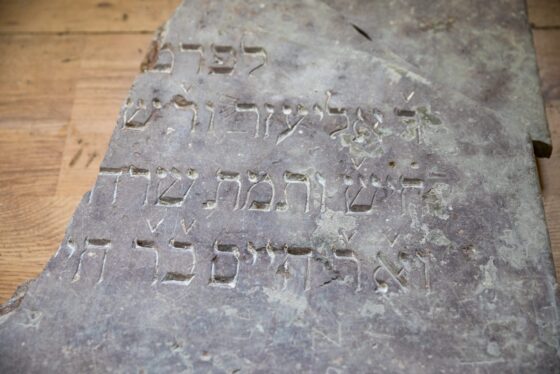 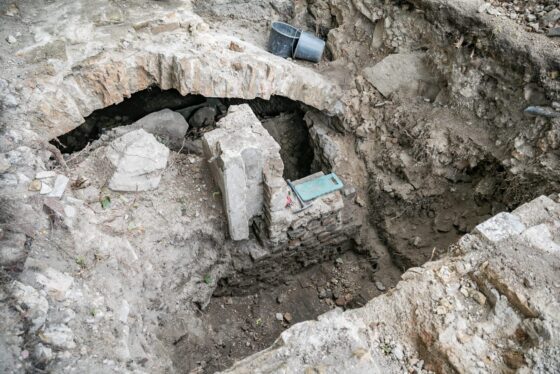